I’ve decided to write this Browns preview without mentioning Josh Gordon as a way to keep the attitude positive ahead of today’s game against the Saints.

I’m still high on the Browns and don’t believe that this whole season is going to pot. I’d actually be willing to wager some green on the game today as it should be a misdemeanor to set the line at 8 points in favor of the Saints. Personally, I’d make the spread an eighth of that. I’m trying to suspend all my emotions about this game to make a logical pick, but after watching Ryan Fitzpatrick roast the New Orleans’ D, I think Cleveland has a shot.

Drew Brees likes to get comfortable in the pocket, but I truly believe that Myles Garrett and Genard Avery can smoke him out. Brees, Alvin Kamara, and Michael Thomas are going to get rolling at some point, but the defense should be able to prevent them from lighting it up all afternoon. People in Cleveland are buzzing about Gregg Williams’ defensive unit and they will need to continue to show improvement this week in order to upset New Orleans.

I may have an ounce of optimism about Cleveland’s offense this week. I call their ground game Run THC (Tyrod, Hyde, Chubb). I expect Carlos Hyde to really pound the rock today. He is just going to keep hitting it and hitting it. If they can get it to Duke Johnson in space, he should be gone in a puff of smoke on that New Orleans turf. As a matter of fact, they should just do that repeatedly then pass. Todd Haley calls it the Puff, Puff, Pass offense.

To put in bluntly, it will take a joint effort from the entire team to pull off this road upset, but I think the Browns have the fire power to do it. 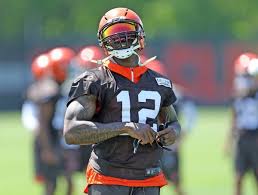